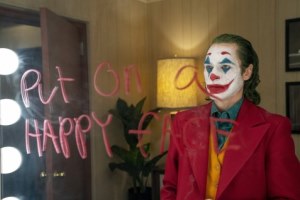 The moment the story became decorated and intertwined with murder was the moment mental illness took the back burner because most people who live with mental illness are not murderers.

Our society is all about victim culture right now. Everyone is a powerless victim who therefore cannot be held accountable for anything or be an agent of change. “School shooters/ terrorist are victims of bullying too, ” says the media. People committing heinous acts probably have good reason for throwing tantrums of bullets or taking matters into their own hands. They’re not monsters, violent or savage. They’re humans like us whose life has spiraled downward without others noticing and possibly even contributing to the problem….well unless you are black, brown or marginalized… then there is no excuse. Fucking uncivilized thugs and heathens who know no better and can’t do no better. Lock them up and throw away the key because we all know they’re doomed to do it again. Or, oh well he was wearing a black hoody & his phone was thought to have been a gun so it makes sense why that sidewalk hero killed him. Let’s dig up some old photos or history to paint a picture that justifies his death even more. His human life is expendable but the cop or wannabe cop made a honest mistake. We’re all human, right?

That mass shooter is just a child. He was bullied, mentally ill and facing a lot of pressures daily that no one helped. Sure he killed a bunch of people as though those lives were expendable. Most of them were nobodies anyway. Let’s take this poor kid with the AR 15 to Burger King before we take him to the precinct. He’s had a long day. Were gonna get to the bottom of this kid. Don’t you worry.

I feel the new joker, which is media just like fox news and everything else, has a more subliminal message:

1. Watch out for crazy people because they are fucking crazy! Oh, and they may just kill you. And I’m not talking about clowns. We are talking about people really living with mental illnesses, right?

2. It’s your fault that that white guy snapped and killed a bunch of people. You forced his hand and gave him no other choice. You asked for it.

3. White men: it is ok terrorize when you have tantrums because the world will still acknowledge your humanity even in the wake of you obliterating the lives of others’. We will feel sorry for you and overlook the deceased because we will be too busy diving deeper into your own personal history. We won’t be doing this to find ways to address and prevent this in the future but moreso so that we can justify your behavior and let you off easy. This not only permits but justifies ahead of time the probable cause for this behavior, which we see in mass shooters.

4. Perpetuates the value of the white male in society over all else.

He may have been mentally ill but after he killed more than once in cold blood he was also a killer as well. He killed on television because he was made fun of (bullying) and the country celebrated him as a hero?? I get it. Fuck the tv host, but that doesn’t make the rest ok.

At that point he must be held accountable, not necessarily to punish but for rehabilitation and to protect others who can be victim of his murderous behavior… whether they “deserve it or not”. While society may not be yet fit for itself he is not fit to walk freely in society.

I am saying that mental illness and murder are not necessarily related like many may leave the theater believing.

In the wake of all these mass shootings by white men & and a presidential term ran by a white male, who too seems to have lost his marbles it feels like a rally for support and pacification. It’s like when all the war movies come out in a time when we as a society are not as patriotic and fed up with the bullshit. It’s like when the whole country was fed up with Bush and then gave is Obama to pacify us. I can’t help but notice that a character, for their first time, is depicted as mentally as though that’s what it’s really all about but it’s really in support of white males behaving poorly and telling us to empathize while the rest of the world can fall apart because their lives matter not the ones they harm.

Kids are still in cages. Flint still don’t got water. And mass shootings are becoming more frequent …. yet we spending our energy feeling sorry for some white dude who just killed his mama.

FYI joker is a trickster archetype (underdeveloped/ immature and hence negative). Trump is a clown too.don’t fall for they’re tricks. Bush said it, “Fool me once, shame on you. Fool me twice…. um… um….. I can’t remember the rest but you get the picture.”

Miss me with the bull shit