Skip to content
News » Exhibitions » I Am San Francisco: Black Past and Presence

I Am San Francisco: Black Past and Presence 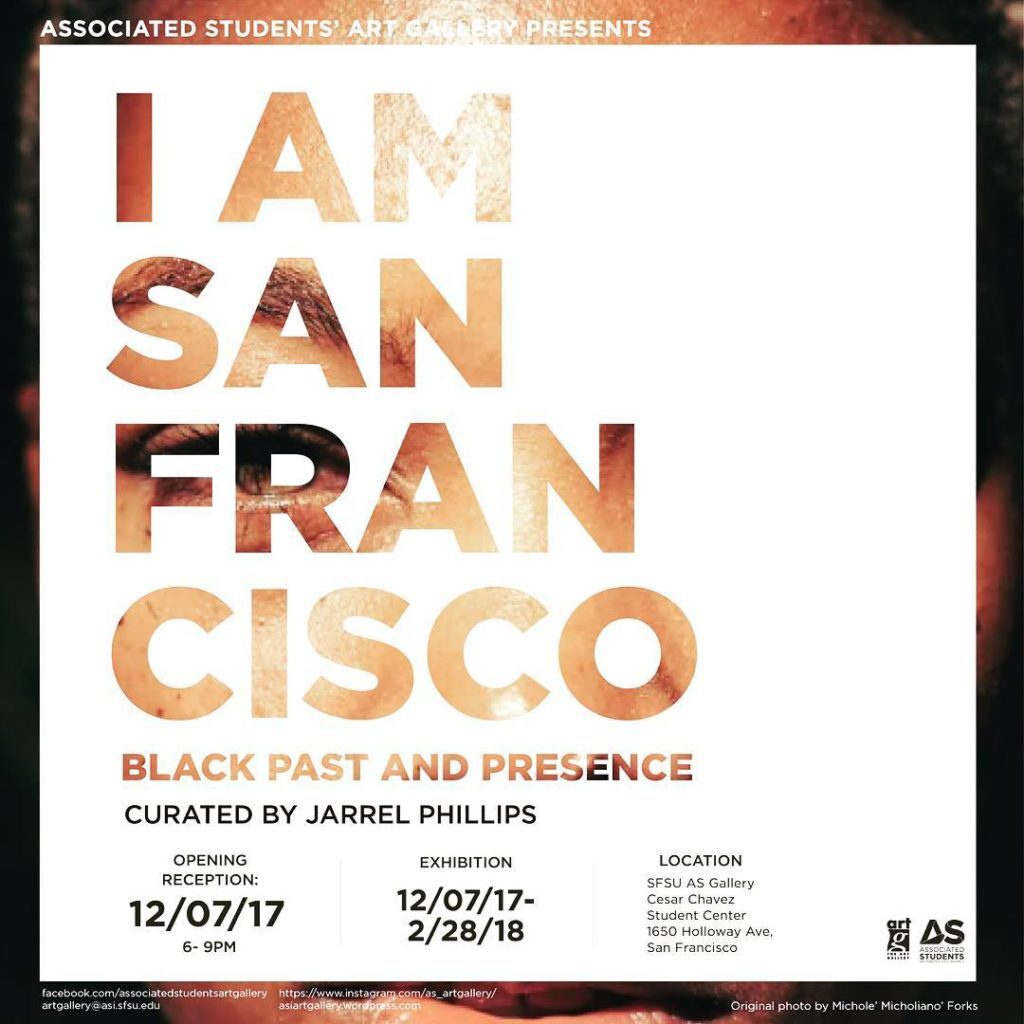 I Am San Francisco: Black Past & Presence (IAMSF) explores social and cultural values and concerns through the depth and diversity prevalent within Black life and culture in San Francisco. From past to present, the exhibition honors Black existence, voice and insight that transcend, both, time and place.

IAMSF is a combination of photography, interview excerpts, collage, illustration, and mural work in collaboration with photographer Michole “Micholiano” Forks, mixed-media artist Sydney “Sage” Cain, and San Francisco youth. The excerpts are from 40+ film-documented and transcribed conversations between Phillips and a variety of Black natives, residents, and leaders of San Francisco who offered to share a piece of their story.

It takes two to make anthropology: the student and the studied. That being the case, it is time for the studied to examine the student and to evaluate its own self… Accurate scholarship and free, dedicated artists would reveal a singularly important thing: racism was and is not only a mark of ignorance, it was and is a monumental fraud. —Toni Morrison

We share our ideas, values and experiences through the stories we tell. This exhibition is a result of numerous conversations in effort to explore and articulate what we have done and are doing as we strive to revitalize and create a space that we all can call home in this microcosm of America.

The stories we tell showcase what humanity’s all about because we are a part of humanity.—Thomas Simpson, AfroSolo Theater Company, Founder and Artistic Director

IAMSF was first featured at City College of San Francisco in 2016 and is an ongoing project in collaboration with Kheven LaGrone and Reimagine! RP&E, the national journal for social and environmental justice.

I Am San Francisco: Black Past and Presence

This project presents visual art and commentary that celebrates and acknowledges the creativity and existence of native Black life in San Francisco. And, will capture the depth, beauty, complexities, and abundance prevalent within ‘Black life,’—culturally, communally, and individually—through the personal reflections of its contributors.

Premiering at City College of San Francisco in April 2016 – November 2016, this is the second installment of two multi-media art exhibitions themed “I Am San Francisco.” It will unfold with a short film, a print version, and a culminating event, a collaboration between Reimagine! — a grassroots cooperative of writers, editors, artists and designers based in Oakland and AVE. AVE is dedicated to youth and community by integrating meaningful experiences through play, work, art and learning.

I Am San Francisco for Reimagine! RP&E

This interview and the excerpts that follow are portions of an on-going project called I Am San Francisco: Black Past & Presence (IAMSF). Created and curated by Jarrel Phillips, IAMSF was presented as an art exhibition at City College of San Francisco’s Rosenberg Library last year. The purpose of IAMSF is to recognize the depth, beauty, complexity and abundance prevalent within ‘Black Life’ in San Francisco—culturally, communally and individually. For more information, visit avesidea.org.

By Kheven Lagrone and Jarrel Phillips

Today, a native Black San Franciscan often hears, “An African American born in San Francisco? I’ve never met one before. You must be one of the few.”

For many of us, the questions conjure up feelings of marginalization and confront us with the reality of losing our homes. Just what does it mean to be a native San Franciscan? In response to this challenge we are creating two public art exhibitions on the theme I Am San Francisco. The first, curated by Kheven LaGrone, is subtitled (Re)Collecting the Home of Native Black San Franciscans , the second, by Jarrel Phillips, is Black Past and Presence.

The stories that follow are the textual portion of an exhibit that strives to capture the home and soul of native Black San Francisco via personal stories.

We are not here to fight, struggle, or prove anything. We just want to share the depth, beauty, complexity, and abundance prevalent within ‘Black life’—culturally, communally, and individually.

Kheven LaGrone has created and curated many exhibitions, including, I Am America: Black Genealogy Through the Eyes of An Artist Coloring Outside the Lines: Black Cartoonists as Social Commentators; and BABA: Black Artists’ Expressions of Father. LaGrone’s shows have been exhibited in New York, San Francisco, Atlanta, Oakland, and Richmond. Jarrel Phillips is the founder of AVE (avesidea.org), curator of How We Play, and an RP&E Cultural Correspondent.