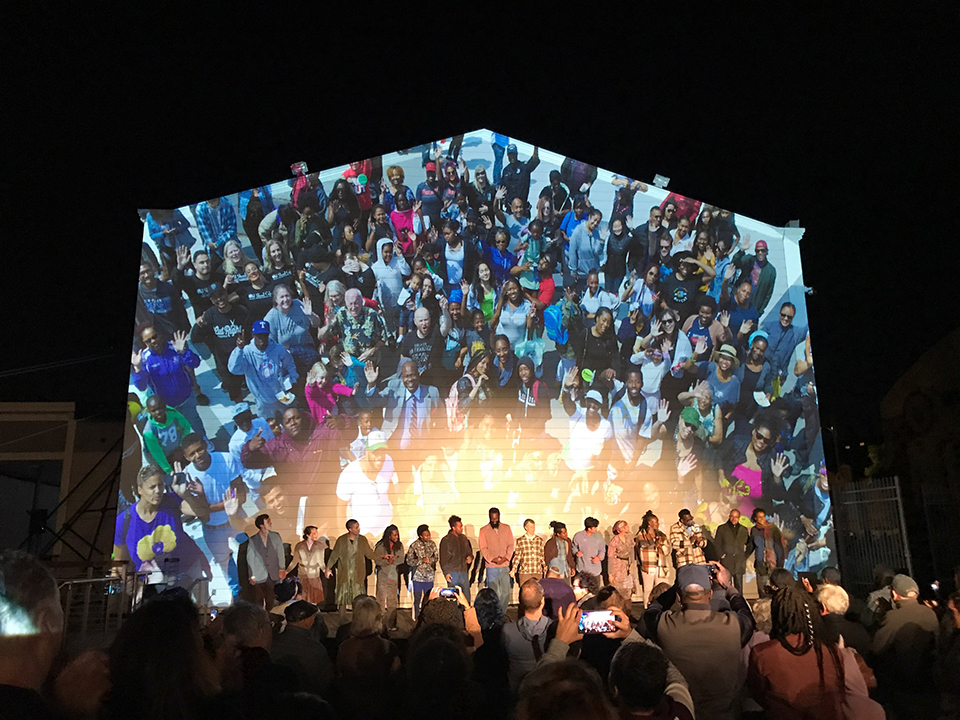 I do love San Francisco because it’s always been home. But it’s becoming more difficult to like a place that doesn’t know how to treat people. The people. My people. Our people. Unfortunately, this isn’t just a SF thing. I can’t help but notice social stratification, gentrification, and limitations placed on black people many places I go, especially in urban and industrial cities… I see it here in Brazil, in Bahia, where I’ve been for the past couple of weeks.

Let me first say that Bahia is a beautiful place with beautiful people and I’ve had the pleasure of meeting so many amazing people from various walks of life that have enriched my experience here. With that said, Bahia’s population is predominantly black, yet I can’t help but notice the policing and the disproportionate conditions. It really does remind me of home in so many ways. Its frustrating to know that people come here specifically for its rich black history, art, and culture yet seem to need to be protected from the very same people, being chaperoned by police and all. Just the other day I wasn’t allowed in a “nice” restaurant. They told me, “Sorry, you can’t eat here alone.” Bull shit b/c there were people eating alone but unfortunately, I wasn’t surprised and it wasn’t new to me. I ate somewhere else… of course. It feels all too familiar reminding me of a similar incidence at a shop in SF just a few months ago where the manager rushed (literally ran) to lock the door when they saw me approaching to enter and stared at me until I walked away never shouting our anything. I wasn’t welcome, neither was my money.

This problem has been affecting the black community forever. We’ve been trying to create and keep a home since we were taken from ours and when we were declared “free” my family like many black families eventually moved across the country to start anew only to find ourselves packing up and relocating over and over. Many have gone back to the South or East Coast. I don’t think simply just moving is the answer.

In SF many have already moved to Oakland, and now the same thing seems to be happening slowly but surely there… though I hope I am wrong. I have learned to recognize the feeling and signs because I can know longer recognize my own Fillmore (Fillmoe) neighborhood as it already happened there and I would have never thought such a drastic change could even be possible. Similar to Bahia, my neighborhood used to be a place known for its thriving black culture, people, and businesses. It was known as the “Harlem of the West”. It was a hub for black expression, empowerment, identity, and movement. Sadly, that has faded to a point where you have to know where to find it… or go across the bridge.

Now others from many demographics are starting to get a taste of this uprooting or displacement of home b/c the problem is spreading. That is because it was never just our problem, even if it seemed to be so. It’s a reflection of societal values and/or lack of values that affects all of us in one way or another. Anyways, I’ve been wrestling with the same questions for a while now: What do we do? Where do we go, if anywhere? And how do we do it learning from both the past and our current situation?

Lastly, I’m especially curious to see how it feels to enter back into my city after having been away for a month in a place where I am separated by the mere fact that I am not only traveling solo but I am also someone who is just beginning to learn the language. They do think of one of them until they try to speak to me. Lol…. I’ve learned the basics but not enough to trick someone if the convo continues and not enough to truly share and express myself with others in a way that is satisfactory (I realize how much i take this for granted back home and appreciate this experience). I am truly a foreigner. A stranger. And though uncomfortable at times the experience is fitting to the situation and I wouldn’t expect anything different.

Because of this my interactions and lack of interactions have been shaped by the very process of relearning how to be, express, and navigate in a new environment with a new language, and thus culture. And, I’ve learned a lot about myself and the significance of language. It makes so much sense why colonizers are sure to strip a people of their language.

I thought I was going to just write that initial paragraph but I guess not. As I end this long winded post, I find myself curious about the following:

I wonder if I will recognize this foreign feeling when I get back home to what is supposed be my city? Knowing what it feels like will it’s presence still be present? Will I feel like an alien in my own home? Will it be harder to ignore the alienation and/or separation I’ve grown accustomed to witnessing and navigating throughin and throughout? For me? For those who look like me? For others?