The renaissance of the Bayview-Hunters Point neighborhood has been a long time coming. And it may have just gotten longer, with the recent discovery of radioactive material missed in the controversial 20-year, $1 billion EPA Superfund cleanup of the Hunters Point naval shipyard. The unearthing of a radium marker — a remnant of the shipyard’s use as a decontamination site for nuclear warships and a secret military lab for testing biological and chemical weapons—prompted renewed calls from community activists to delay the area’s massive redevelopment plans.

Picture Bayview Hunters Point takes place in and around the Bayview Opera House, a historic gathering place for the community since the late 19th century. In 1966, the theater became ground zero for a social uprising that prompted the largest mobilization of police and National Guard in San Francisco since World War II. Triggered by the police shooting of Matthew Johnson, Jr., a black teenager, the unrest evinced longstanding frustrations in the community that was—and still is—San Francisco’s largest African-American neighborhood. Over several days, the police responded with disproportionate force, at one point spraying machine-gun fire into the opera house while children were sheltered there. This tragic episode is one of several watershed moments in the neighborhood’s history evoked in Picture Bayview Hunters Point. 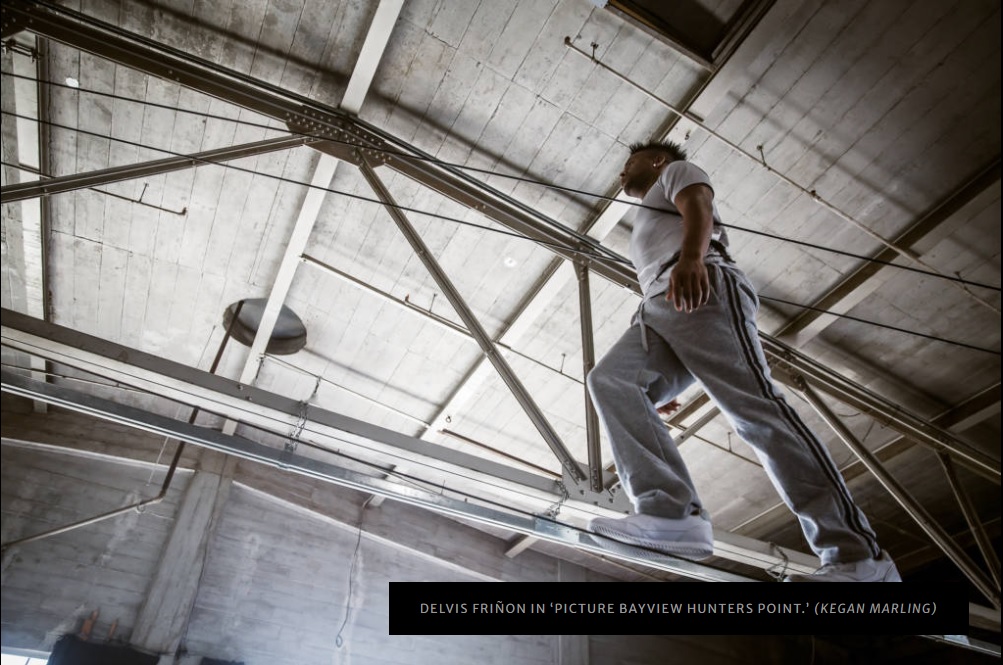 Despite claims that the police had been fired upon first, Haigood reminded me, nobody found guns in the opera house. Hundreds of arrests were made on charges of involvement in what was termed a “civil disturbance.”

“When you look at the impact [of the police shooting of teenager Matthew Johnson],” Haigood noted, “it’s very similar to what is happening all over the country, like Ferguson. We are trying to hold [these more recent shootings] with this one historic event… So, when you see and hear this story, it sounds very familiar. It sounds like it happened yesterday.”

The soundtrack for this section will be “a bit of a mash-up,” Haigood explained. Artist-composer Walter Kitundu is masterminding the score. “Some of the sampling is from the Bayview hip-hop group RBL Posse , their famous piece called ‘Don’t Give Me No Bammer Weed.’ The rest of the soundtrack is built on the voices [of community members], built on a lot of different material.” 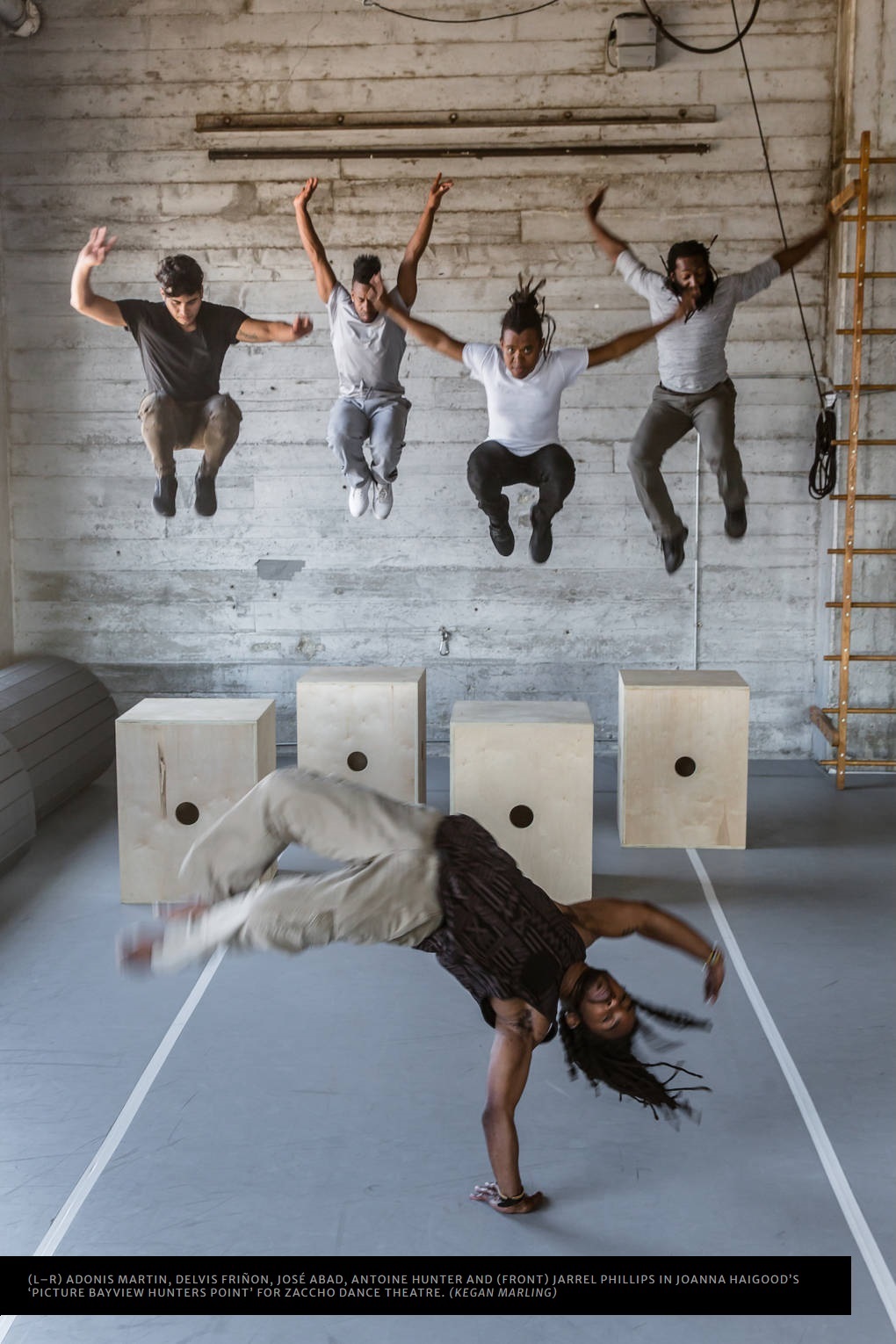 Picture Bayview Hunters Point starts by honoring the native Ohlone people who first inhabited the windswept point. It then takes us through the waves of African American migration from the South as the shipyard boomed in the early 1940s, then through the shipyard’s decline and eventual closure in the 1970s, and finally to the present dilemma over redevelopment.

In the piece, Haigood explains, she has attempted to show “the struggles—with unemployment, the influx of drugs, racism, all kinds of things that are impacting the community—and then all of the work that people are doing to try to shift those things, the activism in the community. So those two things are kind of balanced… to show the resilience of the community.”

Picture Bayview Hunters Point  is the last in a trilogy that has zig-zagged from Minneapolis in 2000 (Picture Powderhorn), to Brooklyn in 2002 (Picture Red Hook).

While all three are portraits of inner-city communities grappling with wrenching change, Picture Bayview Hunters Point  is additionally a salute to the community where Haigood and Zaccho Dance have made their home for 28 years.

As the audience accompanies the dancers on their journey through time, Haigood says her aim is “to try to humanize. What often happens in a city that is divided—this is the last black neighborhood in a city that isn’t as integrated as people think, and so the Bayview is ‘over there,’ and what happens over there is portrayed in the media in a particular way. But in fact, it’s much more nuanced.”

Local residents have told her they’d like to clear up “this misperception that we are not like other people. Because we are just like you—we bleed, our hearts beat, we have families, we love our children. So, the picture is not abstract: once you hear all these people talking, you have a sense of this deeper humanity. It’s real people doing things that we all do, who need things that we all need.” 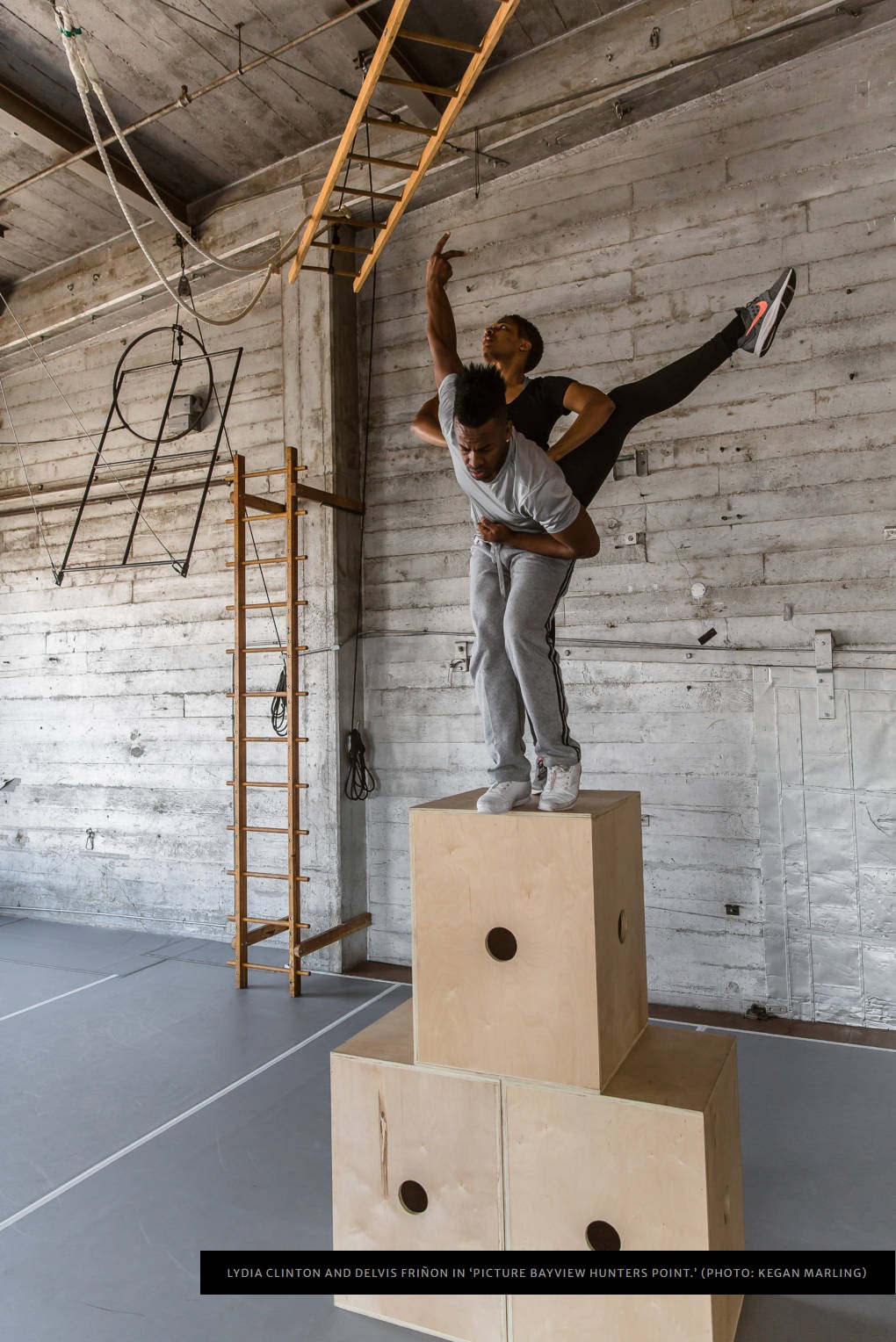 That troubling radium marker dug up just a few weeks ago on the site of a spanking new condo development was one of a multitude of devices painted with radioactive radium-226, once used by the Navy to light up ship decks and other areas around the base at night. Today, artists like Haigood, with collaborators Kitundu and video artist Mary Ellen Strom, are illuminating the neighborhood with dance—and hopefully creating an uproar of an entirely different sort.